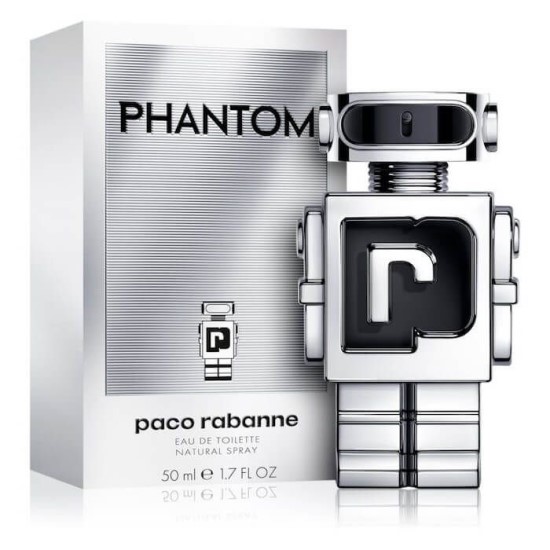 Do NOT Buy Paco Rabanne Phantom: Here’s Why [Explained]

Paco Rabanne Phantom is a fragrance for men released in 2021. Since then, Phantom has attracted tons of controversy – mainly due to its complicated scent profile. As someone who’s intrigued by interesting scents, I had to try it for myself before I passed judgement. In today’s article, I’m giving you my full unfiltered thoughts on Phantom, why I don’t recommend it, and what alternatives I do recommend.

Now I must preface by saying I don’t think Paco Rabanne Phantom smells terrible. It has some positive attributes, but certainly some weird ones too.

Phantom opens with a bright combination of lavender and lemon. The aromatic citrusy combination is appealing on skin, supported by a synthetic sweet vanilla accord that permeates throughout.

As the cologne develops, the initial lemony opening recedes slightly, now playing a twin role with an emerging fruity apple note. The lightly floral lavender is stable, continuing to distribute its aromatic impression. All good so far, right?

Into the mid notes is where Phantom begins to take a perplexing twist.

Appearing next is a jarring combination of earthy notes, patchouli, and smoke.

Now, I’m the first one to admit I don’t mind a bit of patchouli or smoke in my colognes. Just the right amount can add a sexy, composed, masculine quality to a fragrance.

However in Phantom, the dial has been turned up to 11 out of 10. Their additions are overkill, added in such abundance that brings confusion to the aroma.

Fortunately, the earthy accords start to settle in the dry down. The lavender and vanilla continue to resonate, now supplemented by a rising vetiver note that smells dry, fresh, and green.

In summary, Paco Rabanne Phantom takes some twists and turns. It opens as an aromatic, citrus, and vanilla combo. Then, it takes a dive into disjointedly earthy and sweet territory. Finally, it develops to resemble a softer version of the opening, only now with added vetiver.

I get the impression Paco Rabanne wanted to try something strikingly different to their usual releases. They are well known for generic sweet fragrances, often criticized for it. For better or worse, they made a statement with Phantom. At the very least, you’ve gotta give them points for courage.

The opening is an interesting blend of citrus and lavender. Upon spraying it for the first time I had high hopes for this one. However, once the citrus note disappears the dry down is rather a disappointment. A somewhat off putting sweet blend of more lavender and synthetic vanilla with some earthy qualities, which I suspect must be the patchouli. Overall not impressed.

There are better options

Now it’s not all bad news.

Since I’m not the biggest fan of Paco Rabanne Phantom, here’s 3 alternatives I think you should check out instead:

There you go guys, a few reasons why I’m not crazy about Paco Rabanne Phantom. Although this cologne features some redeeming qualities, they’re not enough to overcome what is largely a conflicting composition. On the bright side there are heaps of alternatives, 3 of which I’ve listed above.

I want to hear from you. Let’s keep the conversation going in the comments and on Instagram. What are your thoughts on Paco Rabanne Phantom?

What do you think about the controversial release Paco Rabanne Phantom? Did you dislike it like I did? Or did you actually enjoy it? Keen to hear what you have to say.