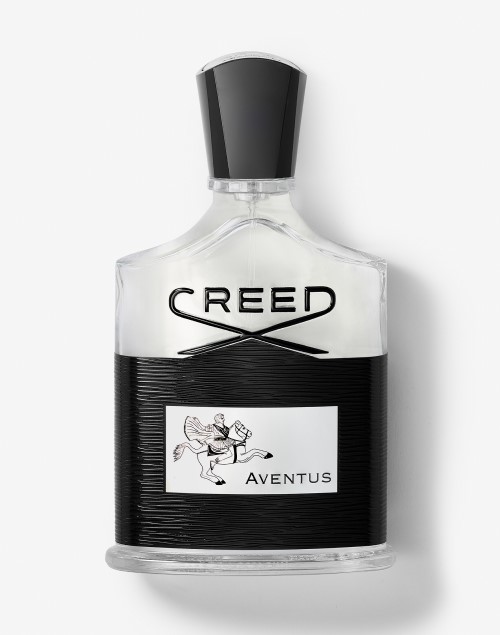 Creed Aventus: Is it Really THAT Good? [Review]

Creed Aventus. We’ve all heard the name and we all know the bottle. A universally popular men’s fragrance that receives loads of hype and positivity. Aventus has been on my radar for years, and I’ve finally decided to put pen to paper (so to speak) and review it properly. Although I think it’s a great scent, there’s a few things you must know before you go and buy it. Let’s take a closer look shall we?

On first sniff, my nose is immediately greeted with the citrusy elements of Aventus, namely bergamot and pineapple. This combination smells crisp, yet also a little fruity and juicy.

Furthermore, there’s also a satisfying smoky quality present at this initial stage. It works well in tandem, adding a layer of mysteriousness that never subtracts from the freshness of citrus. Although smoke isn’t officially listed as a note, I suspect the birch accord is responsible for that contribution.

In the scent’s dry down phase, the deeper elements begin to surface. This includes musk and oak moss, which combine to add an effervescent and slightly earthy undertone. Additionally, the ambergris enhances the musk by introducing mild sweetness and depth.

Overall, Creed Aventus begins as a fruity citrus scent with elements of smoke and woods. Then, it dries down into a deeper, creamier, version of the opening.

It smells tart and juicy, supported by a bunch of notes that give it a likeable masculine edge. If that sounds tempting, I’ve reviewed several Aventus alternatives too. The scent profile’s popularity has given rise to many competitors, who’ve replicated the composition for an affordable price.

Check out what this reviewer said:

I adore this sexy beast of a fragrance on my husband. The slightly pineapple tinged smokiness of it is without parallel. If he wore nothing but Aventus from now until his dying day, I’d be a happy gal.

With all that said, don’t buy into the hype that this is some supernatural pantry dropper. Although it’s an exceptional scent that draws compliments, anyone telling you it’ll magically bewitch people to your influence is a filthy liar.

Rating the Projection and Longevity

After extensive testing I rate the performance of Creed Aventus low to moderate.

Aventus projects out from skin for the first 2 hours, then sits closer for 4 hours more. Therefore, expect about 6 hours of total longevity with this. My assessment is similar to other anecdotal stories I’ve heard about Aventus’ performance.

The modest projection and longevity tend to cause controversy among fragrance fans given how expensive Creed colognes can be. However, I know some of you prefer discreet performance so you can reapply at your leisure. Ultimately, it comes down to your taste and what qualities you value most in a scent.

When should you wear it?

Often considered one of the most adaptable fragrances on the planet, this cologne certainly lives up to that hype. It isn’t hyperbole when I say Aventus is applicable is just about any scenario.

I particularly like this one for casual affairs and the office, especially when it’s warmer. Moreover, you can spray this one on before dates, and even sweat sessions at the gym. It really can do-it-all, and can be dressed up or down with ease.

Although Aventus shines brightest in warm and moderate conditions, don’t rule it out in the chill. Notwithstanding that, I’d still encourage you to explore cold weather specialist scents like Tom Ford Oud Wood or Kilian Angels’ Share.

Creed Aventus – it’s THAT good, but…

There you have it – my well overdue review of Creed Aventus.

There’s plenty to like here, including a well-respected citrusy/woody/smoky fragrance DNA that appeals to many. Also, this features impressive versatility, which allows it to be worn as a signature scent year-round.

However, those who care strongly about performance should think hard before purchase. This isn’t the strongest scent, and the Creed price tag will rightfully make people hesitant.

I want to hear from you. Let’s keep the conversation going in the comments and on Instagram. What are your thoughts on Creed Aventus?

People have been asking me for the longest to review Creed Aventus, and I’ve finally done it. What do you think of this scent?