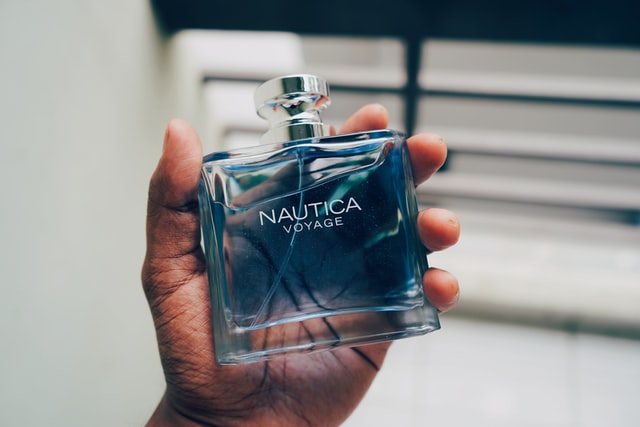 Nautica Voyage review: Should You BUY in 2022? [Answered]

Nautica Voyage was launched in 2006 and is a fresh, clean cologne for men. Since release, Voyage has earned its place as a timeless classic scent that is still worth buying today. In this article I’ll explain why it continues to flourish in the men’s fragrance market.

When first sprayed on skin, I pick up the crisp fruity apple and lotus. The apple smells a little sour and juicy, whilst the lotus contributes a breezy, ozonic aura.

Next comes a hint of cucumber which supplements the apple and lotus with crisp, green freshness. Although it isn’t specifically listed as a note, its aroma is unmistakeable.

The musky and woody nuances of the composition arrive. They provide a masculine, mature extension to the opening fresh aroma. The green mossy accord of oakmoss appears too, but it’s only subtle in the background.

For me, the dry down is a slight improvement over the opening. That’s because the woody, musky duet is more present and supplies a mellow yet sophisticated edge.

Have a look at what these reviewers thinks of Voyage:

This is one of the best cheapy-but-goodies out there. You just can’t go wrong. What you’re going to get when you spray this is a terrific apple-cucumber cleansing scent. Just so fresh and unassuming.

It doesn’t get any better than this delicious scent , I don’t know too many perfume lovers who don’t like it and I can understand why, the apple and grean leaf mix so well that they make a cucumber note and the ambre is the reason the dry down is so calm and airy… There’s no summer I wouldn’t have this on my skin! honestly its my favorite summer fragrance.

Performance is decent for the price

Specifically, Voyage projects from the skin for 2 hours, before settling closer for 4 more. Therefore, expect up to 6 hours of total longevity here.

That’s respectable for such a low-cost scent. However if you want to beef up the performance further, it’s economical to overspray.

It’s very versatile for the daytime

Voyage is the ultimate versatile daytime fragrance. Casual settings, the office, and the gym are three places to spray it on. Although if you’re planning a romantic date, consider Carolina Herrera Bad Boy instead.

Additionally, it’s suitable for any season, although summer is where it truly shines.

This cologne is relevant for men at any age who simply want to smell fresh and clean. It isn’t the most provocative aroma, but it is totally inoffensive, and signature scent worthy.

Update: Want to smell good without blowing the budget? Nautica Voyage has your back.

Voyage is an enduring men’s cologne that’s unfazed by the passage of time. Its apple, cucumber and musky cedarwood accords are stars of the show. They perpetuate a fresh, clean, and easy going energy.

Also, the affordability and versatility aspects contribute to making this airy, positive cologne a must try.

I want to hear from you! Let’s keep the conversation going in the comments on Instagram! What are your thoughts on Nautica Voyage?

What are your thoughts on the affordable gem Nautica Voyage?

Very hyped by youtubers in the last year. The prices allready go up. Is a nice fragrance for the buck but the silage and projection is weak

I agree. I wrote this article back in 2020 – shame the prices have increased since then! All fragrances seem to have increased over the last 12 months..

One of my favorite summer scents, this one is also one of my better performers. To me it smells very light and airy and resembles something like a neutral, soapy smell, like a bar of Dove soap. The cucumber kind of dominates this scent when I smell it. But it is strong yet light at the same time. It lasts all day on me, especially in summer. You can still find it around $20 on discount sites. I haven’t seen it above $40. It’s really a great, fresh, clean fragrance. It’s a great value to for what you get.

4
0
Let us know your thoughts in the comments.x