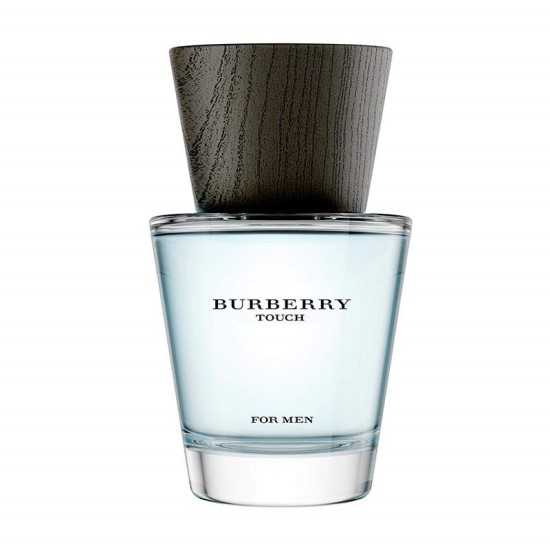 Burberry Touch is a men’s cologne by popular designer brand Burberry. Touch is an acclaimed fresh spicy scent that’s been on the market since 2000. Given its sustained success over two decades, I knew I had to investigate further. After spending plenty of time wearing Touch, I can tell you it’s still as wearable as ever. Read on and I’ll tell you why.

The opening of Touch is surprisingly complex. Sure, it opens with the mandarin and pepper combination, which provides a fresh orangey zest with a hint of spice.

However accompanying these two notes is violet leaf and artemisia. The violet leaf presents as a sense of ozonic fresh ‘greenness’, adding a floral nuance to the opening. Alongside it comes a herbaceous element, which is a consequence of the artemisia accord. I’m a big fan of artemisia when implemented correctly – much like in Prada Luna Rossa Ocean.

As Touch finally settles into the base notes, the supplementary tonka and vetiver accords arrive. The tonka complements the musk by inserting a light sprinkling of sweetness; whilst the vetiver accommodates with a soft dose of ‘greeness’ – much like the violet leaf in the opening.

In summary, Burberry Touch opens as an ozonic fresh spicy scent, drying down into a sweet woody musk. This scent smells fresh, calming, breezy, and entirely inoffensive. Check out what this reviewer had to say:

I like this fragrance a lot. I’m on my second bottle of it. The fresh, powdery spicy and clean smell reminds me of a really upscale department store (in a good way). I find the smell really relaxing and refreshing. I wear it a lot when I’m trying to wind down after work and sometimes spray it on my bedsheets. Performance and projection is also solid, Hard to go wrong with this one especially at that price.

After extensive testing I rate the performance of Burberry Touch as moderate.

It projects out modestly from the skin for the first 3 hours. However, longevity is where it truly shines, lasting a further 6 hours after the initial projection period.

Scent profiles like this don’t typically last long on skin, however Burberry Touch has bucked that trend.

It’s wearable from fairly cool days all the way through to fairly warm. Just avoid wearing it at either extreme – and instead reach for Acqua di Gio Profondo or Tom Ford Tobacco Vanille.

Touch will work wonders in the workplace, since it lasts all day yet doesn’t project obnoxiously. Therefore, it’s also great for the gym, casual situations (coffee runs), and vacations.

Lastly, this can be worn by men at any stage of life. The mature and youthful qualities are evenly poised and will conform to the age of the wearer.

The answer is a clear yes. Burberry Touch is still as wearable now as it was when released in 2000.

There’s a reason this cologne is still a popular seller. The pleasant fresh spicy opening appeals to many, and its natural transition through to a modern woody musk oozes versatility.

It’s not often that a fragrance transcends decades, but Touch has managed it in refreshingly crisp style.

I want to hear from you. Let’s keep the conversation going in the comments and on Instagram. What are your thoughts on Burberry Touch?

Is anyone else shocked this cologne was released over 20 years ago? What are your thoughts on Burberry Touch?

I’ve been wearing it for probably close to 20 years! I did not know it was new when I started. I routinely get compliments. Just last week someone at work said something. Love this scent.

Wow man, that’s some serious loyalty. But I don’t blame you one bit. If it has worked well for you for so long, there’s no reason to stop. Plus, it’s still pretty affordable as well!