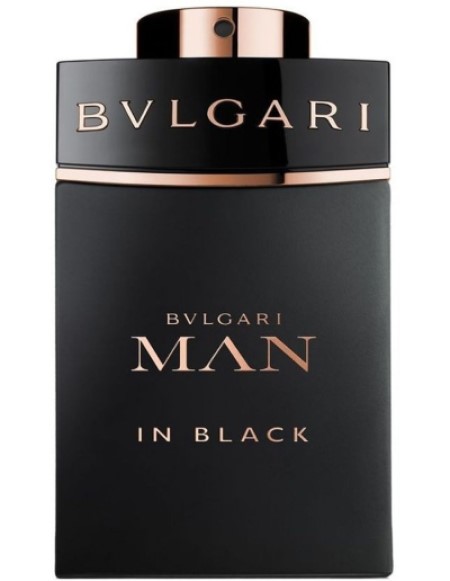 Bvlgari Man In Black is a men’s cologne created by luxury designer brand Bvlgari. A warm spicy scent, Man In Black was well-received when released in 2014.  It’s been a mainstay in Bvlgari’s fragrance catalogue ever since. In today’s cologne review, I’ll be revealing why people love it, and what you need to know before purchasing.

On initial spray, I smell large doses of spices and rum. Although separately indistinguishable, the spices smell woody and offer a warm ‘punch’ to the senses. The rum note operates alongside, contributing a boozy, syrup-like aroma in the beginning.

However, the prominent rum accord promptly settles on skin. It doesn’t dominate throughout the scent’s development like it does in Bentley For Men Intense.

Afterwards, I notice three changes occur during the next phase:

As Man In Black dries down fully, the guaiac wood emerges. The guaiac commits a woody, almost balsamic undertone that gives stature to the existing notes.

In tandem with the guaiac comes tonka bean. The tonka adds only a touch of its trademark nutty sweetness – nothing considerable.

Those of you familiar with Spicebomb Extreme will smell similarities here. However, Man In Black is tamer and more mature, bereft of the vanillic sweetness present throughout Spicebomb Extreme.

Check out this reviewer’s thoughts:

Absolutely love this. Rich spicy tobacco, woody accord mixed with leather. Tonka bean adds the perfect amount of sweetness. Slight bit of booziness to it but not overbearing to me personally like I’ve heard.

I rate the performance of Bvlgari Man In Black as moderate.

I’ve found that it projects out from skin for the first 4 hours. Then, it settles closer to the skin and lasts 4-5 hours more. Additionally, I find the longevity even stronger when sprayed on clothes.

Now fellas – the versatility surprised me.

I’ve now spent plenty of time wearing Man In Black. After experimenting, I believe you can wear this more flexibly than you’d suspect.

Bvlgari Man In Black will undoubtedly work best during the cooler months. There’s no debate about that. In those months, it’s casual-wear appropriate. It’s date appropriate too, given the dark, masculine scent profile.

However, I’ll go a step further.

Do you consider yourself fearless? Apply a few sprays before heading into the office. You’ve gotta trust me on this one. There aren’t any notes that will cause offense; however I caution you not to overspray around colleagues.

Bvlgari Man In Black – to wrap up

Man In Black feels brooding and mature, supported by a classy oriental undertone. This is a cologne that puts hair on a man’s chest. The seasoned veteran who’s a leader of men.

I want to hear from you. Let’s keep the conversation going in the comments and on Instagram. What are your thoughts on Bvlgari Man In Black?

What do you fellas think of Bvlgari Man In Black? As good as all the reviewers (including me) say it is?

Man this fragrance is so dark and sensual but not so intensely overpowering or specific like Uomo Intense. Such an addictive scent. Would’ve never thought of it being appropriate for casual or workplace but now that you mention it i can definitely see it working all around for colder weathers since its such a smooth fragrance. Awesome review!

Appreciate that. I think the performance is everything with this composition – if it was stronger, it wouldn’t be appropriate for some of those situations. But I think the fact it isn’t a beast mode cologne plays into its favour nicely.