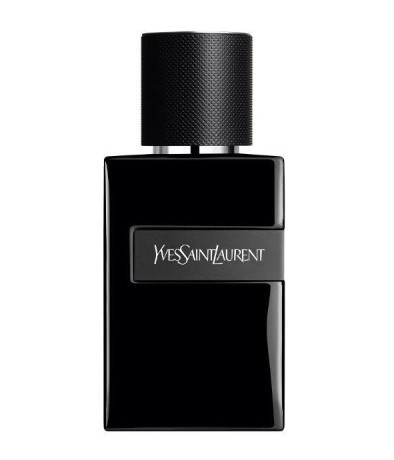 YSL Y Le Parfum is a cologne for men launched in 2021. It’s another release in the YSL Y fragrance line, and considered a more mysterious take on past offerings. I’ve been wearing this plenty lately and have many thoughts about it. While I do think it’s worth buying, there’s a few things you need to know first. Stick around and let me explain.

In tandem, I smell a bright apple note. Its interplay with ginger generates lively character while subtle sweetness balances tastefully with the spice.

There’s also an uncommon yet satisfying aldehydic undertone. Aldehydes are difficult to define – but here I describe them as soapy and a touch metallic.

As Le Parfum develops, more of its aromatic elements come to the fore:

Once Le Parfum commences its dry down phase, the opening bright and spicy facets retreat. Rising to the surface as replacements are tonka bean and cedarwood.

These newly risen ingredients direct Y Le Parfum into territory that feels deep and composed. The nutty tonka sweetness is mellow, as is the warm woody cedar it’s interlaced with.

In summary, YSL Y Le Parfum features an enlivening opening of ginger and apple. It progresses through soapy and herbaceous qualities before settling upon rich, refined accords in the base. Le Parfum is a more grown-up, composed take on Y EDP – especially with regards to the dry down. Great stuff.

Have a look at this reviewer’s comments:

I’ll be honest, upon trying a sample last year I was not impressed. I thought the smell was decent, but too synthetic and generic. After going through the sample, I knew I had to get this. It’s fresh, yet dark and mysterious. It smells slightly synthetic but an appropriate amount. The performance is excellent as well. This is an up to date masculine fragrance that is definitely worth trying.

In detail, Y Le Parfum projects softly for the first 2 hours. Then it withdraws, sitting closer to skin for 5 hours more. Therefore, up to 7 hours of total longevity is what you can expect.

Honestly, I was expecting Y Le Parfum to be stronger compared to past releases. However as I explain next, I’ve come to believe that isn’t necessarily a bad thing.

Le Parfum’s intimate performance and maturity have the advantage of drawing others into your scent bubble. Therefore, it’s wearable in evening romantic settings such as dates, and nights out. In this way it reminds me of JPG Le Male Le Parfum.

Additionally, this can be worn in casual situations year-round when you’re dressed up.

Although it’s not as flexible as other Y colognes, don’t let that stop you. It’s still fresh enough to be worn variably if needed. Just be aware it does embody more of a deeper, after dark vibe.

YSL Y Le Parfum is a more mature take on the Y DNA. It’s spiritedly spicy and aromatic early on, before transitioning to polished, dense ingredients in the base.

It’s inoffensive and can be enjoyed in several circumstances, despite not being as versatile as earlier editions.

This is another smooth, ultra confident release from YSL and I understand why many love it.

I want to hear from you. Let’s keep the conversation going in the comments and on Instagram. What are your thoughts on YSL Y Le Parfum?

Y Le Parfum is another slick release from YSL. What do you guys think of this one? A worthy addition to the Y line?