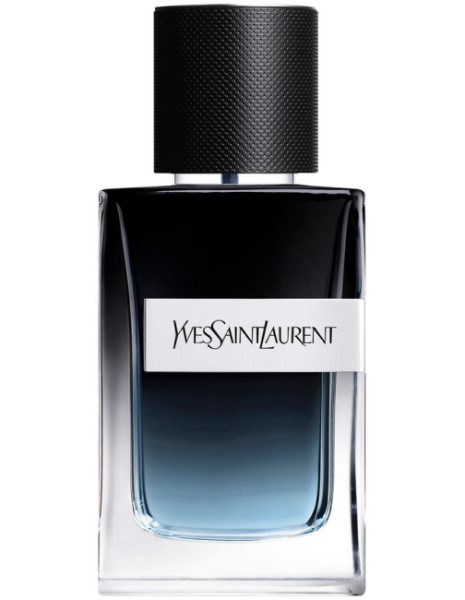 YSL Y EDP is a 2018 men’s cologne release from designer brand Yves Saint Laurent. Y EDP’s mass-appeal and versatility often has it described as one of the brand’s best. I bought Y EDP 2 years ago and I’ve worn it through all seasons and occasions since then. Therefore, it’s well past time I shared my verdict with you.

On first spray, the apple note smells crisp and green, with mild fruity sweetness. Accompanying it is bergamot, which adds an uplifting freshness that it’s universally renowned for.

The opening also features a satisfying ginger note. This is rather unique for a versatile ‘blue’ fragrance, and it brings mild spiciness to the apple and bergamot mixture.

As the scent develops, you’ll notice a few changes occur:

In the dry down, the apple and bergamot almost disappear entirely. As does the ginger, and the spiciness slowly fades.

However, they are replaced by tonka bean and cedar. The tonka bean smells sweet in the background and plays a supporting role.

Moreover, the cedar contributes masculine and musky woodiness, working harmoniously alongside the sage and juniper.

In summary, Y EDP opens citrusy and fresh spicy, drying down into an aromatic and woody composition. This cologne smells clean and accessible, whilst maintaining unique aromatic character. Furthermore, I smell similarities to D&G K, although Y EDP is a tier above in quality and price.

Gives me professional everyday boss vibes. Refreshing with a hint of sweetness, and herbs that don’t smell “kitchen herb like” but rather masculine and aromatic, the herbs in this give this a unique spice that is not at all cloying.

After testing, I regard the performance of Y EDP as moderate.

Y EDP initially projects out from the skin by 3 feet for the first 2 hours. Then it dries down into a skin scent, lasting for 8 hours total.

Additionally, this seems to project slightly more off skin in warmer weather.

You guys already know my answer to this.

It’s wearable in any season, although it’ll perform better during warmer months.

Furthermore, it’s suitable several situations – casual, university, workplace, and it’s dignified enough for formal occasions too. Personally, I’ve even worn this to a wedding because of its broad-spectrum appeal.

However, do you have a romantic night planned? This isn’t the ideal fragrance for that. I’d recommend Armani Code Absolu instead.

Y EDP leans youthful, but only marginally. Specifically, I consider this appropriate for guys in their teens, 20’s, and 30’s. Are you a guy aged 40+? Creed Viking is a better freshie for you.

YSL Y EDP is a reliable, feel-good fragrance with fougere-like qualities. The opening citrus and spices are uplifting, before drying down into a masculine, woody aroma. It’s for these reasons that it also ranked highly in my Top 5 YSL Colognes list.

Are you after a versatile, dependable ‘blue’ fragrance that isn’t a clone of everything else available? This is the one for you.

I want to hear from you. Let’s keep the conversation going in the comments and on Instagram. What are your thoughts on YSL Y EDP?

What do you think? Is this a solid release from YSL? Do you agree that its aromatic nature differentiates it from other ‘blue’ fragrance releases on the market?