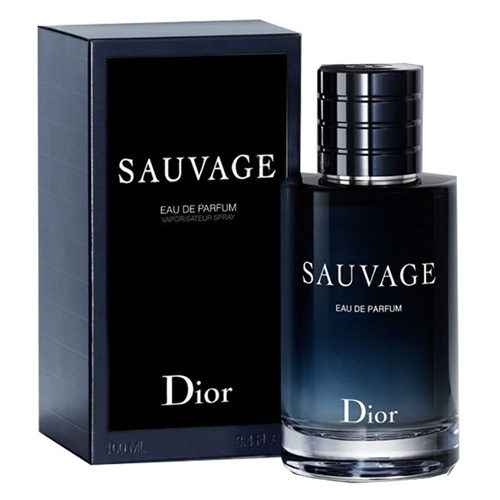 Dior has released several Sauvage cologne so far. With many to choose from, the selection process can become pretty confusing. However, I’m here to help with that. Today, I’ll be comparing two of the highest rated offerings – Dior Sauvage Parfum and Sauvage EDP. Then, I’ll let you know why I prefer the latter. Read on and I’ll explain.

Update: Before we get started, Dior has now released Sauvage Elixir, which I reviewed separately in depth here.

On first spray, I immediately smell juicy bergamot, mirroring prior releases. However there’s also an orange-like mandarin note, a new inclusion in the Parfum.

There’s a dense resinous quality here too. It’s emanating from the elemi note, which perpetuates a thick, warm layer around the citruses.

A tinge of vanilla sweetness arises soon after. It’s accompanied by sandalwood, which exudes a creamy texture that feels composed.

Overall, Sauvage Parfum is darker and less abrasive than previous instalments. It has smoother and less sharp attributes than its predecessors. Therefore, this is a more mature and sophisticated Sauvage offering. In that sense, it reminds me of Bleu de Chanel Parfum.

It has eternal longevity

The Parfum projects out moderately from the body for the first 3 hours.

Then, it settles closer to skin, lasting for at least 10 hours more. Therefore, expect at least 13 hours of total staying power out of this one. Impressive.

Although it can be worn during the day, after dark is the smartest bet.

Its composed profile is well suited to romantic dates and nights out. Additionally, social functions and after-work drinks are also appropriate.

Next, moving onto Dior Sauvage EDP.

On first spray and smell, a dose of warm, sweet ambroxan appears.

In tandem, a pairing of fresh bergamot and spicy pepper make their presence known. This duo is a spirited thrust to the senses. Further, they balance deftly with the aforementioned synthetic amber note.

Once Sauvage EDP begins to develop, more of its calming nuances arrive.

This is headlined by a composed lavender accord, supported by an assortment of warm spices. It also exudes vanillic sweetness, but not to the same degree as the Parfum.

As it dries, it becomes mysterious and deeper, yet determinedly maintains the fresh essence throughout.

Dior has taken a versatile approach with the EDP. Retain the freshness from the original EDT, but tone down the sharpness. Then, inject the deeper, composed facets from the Parfum. Dior Sauvage EDP is a balanced interpretation that exhibits the best elements of the DNA.

Projects more than the Parfum

Dior Sauvage EDP projects more than the Parfum, and lasts on skin almost as long.

In detail, it projects out moderately for the first 6 hours. Then, it simmers down and lasts for another 5. Therefore, expect up to 11 hours of total staying power.

A hair short of the Parfum, but it does project stronger, and for longer.

More versatile than other releases

Given its balanced character, this is a more versatile option than the Parfum. Without exaggeration, it can be worn in all seasons and most occasions.

You can wear this in hot weather, cold, and everything in between. In casual or formal situations alike, Dior Sauvage EDP is a chameleon because it adapts to the formality of the event.

However, you may wish to pull back and wear something specifically dignified when sombre occasions call (i.e. funerals). Try Tom Ford Grey Vetiver in those circumstances.

Dior Sauvage Cologne – the EDP is #1

Update: After wearing both scents on plenty of occasions, Dior Sauvage EDP takes the cake.

To explain, the EDP just gets the balance right. Sure, it features some of the obnoxious elements that Sauvage is recognised for. But here they’re toned down, supplemented with nuances that give composed character.

That’s not to say the Parfum isn’t a desirable cologne either. In fact, its denser, thicker facets are why I recommend it first to mature gents.

For fragrance newbies and veterans alike though, Dior Sauvage EDP is a worthy addition to collections as it continues to receive praise the world over.

I want to hear from you! Let’s keep the conversation going in the comments and on Instagram! What’s your favourite Sauvage cologne?

I’ll be updating this Dior Sauvage review soon to properly account for my thoughts on Dior Sauvage Elixir. What’s your favourite Sauvage release and why?