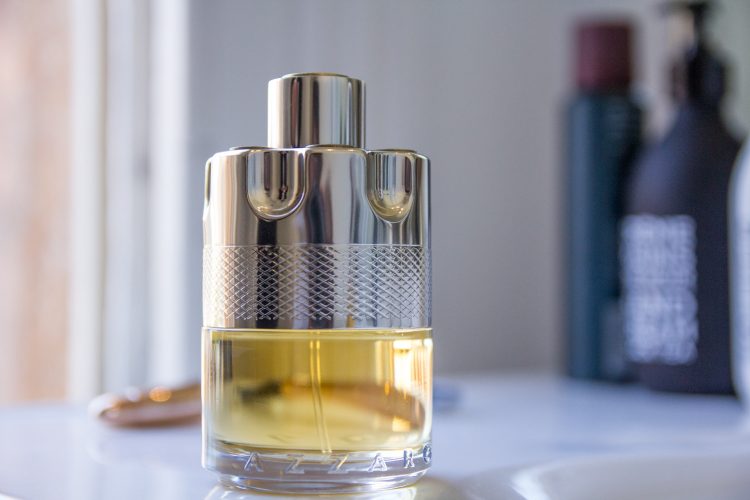 Azzaro Wanted review: Should you BUY in 2022? [Updated Answer]

Azzaro Wanted was released in 2016 and is a woody & fruity cologne for men. I recently picked up a bottle of this fragrance after I read some positive reviews. I’ve worn it plenty lately and therefore you may be thinking – is it worth buying this year? In this article I’ll cover some of the main features of Azzaro Wanted and answer that question.

How Does Azzaro Wanted Smell?

On first spray and smell of Wanted, I pick a composition of sweet and spiciness. These are coming from the apple and ginger notes, however, there is also lemon and tonka bean in there too.

I can also smell lavender and mint in the background. They are not loud, just softly sprinkled in amongst the existing composition.

After the cologne dries on skin, it becomes sweeter and fruitier. The scent profile of Wanted feels very familiar, as this sweet/fruity mix is popular in men’s frangrace.

To elaborate, similar colognes which come to mind include Invictus Aqua, Versace Eros and Paco Rabanne One Million.

Unlike those fragrances, Azzaro Wanted doesn’t have much of a youthful bubblegum vibe. Wanted has more of a ‘bad boy’ and mature sweetness to it.

There is also a subtle woody backbone to this scent, due to the addition of vetiver and amberwood. It’s not as distinct as the other notes mentioned, but it’s there.

This combination may appeal more to men under 35, but you can absolutely be over 35 and enjoy this playful scent.

Check out what this fragrance reviewer had to say about Azzaro Wanted:

Very underrated fragrance this gets called a bubblegum scent, yes it has sweetness but that’s inaccurate imo. This is very modern and woody spicy fresh it even has shades of the old fougures with the lavender, geranium and tonka bean.

For an EDT cologne concentration, Azzaro Wanted lasts for a surprisingly decent time. This is one of the impressive features of this cologne, since citrus notes normally do not last long on skin.

Therefore, I get at least 6-8 hours of longevity out of this, with the cologne projecting out from my body for 4 hours or so.

Although this cologne will work best in winter and fall, you really could wear it in any season. I’d recommend it for date night, clubbing, and casual events.

Avoid spraying Azzaro Wanted too much on hot days, as the sweetness may become cloying. I wrote more about what a fragrance cloying in heat means here.

As you would have noticed gents, the bottle design itself is very unique, resembling a revolver chamber. Some people love it, some don’t. Personally, I find it a bold choice and adds to the vibe Azzaro is going for with this cologne.

Should You Buy Azzaro Wanted?

Update for 2022: If you’re confident and playful, you’ll enjoy this cologne. Azzaro Wanted worthwhile for the price and a solid designer scent on the market.

It has appealing elements of citrus and fruity sweetness which people will gravitate toward once they get a smell of the aroma.

Wanted has solid performance for a cologne in this price range. It’s wearable in many different situations. I’d encourage you to have a look at the positive reviews on Amazon and make an informed decision for yourself.

If you’re after something spicier, I’d recommend you check out my review of Azzaro Wanted By Night.

I want to hear from you! Let’s keep the conversation going in the comments and on Instagram! What are your thoughts on Azzaro Wanted?

Another great affordable release by Azzaro, let me know what you guys think.